What is a Haskap Berry? 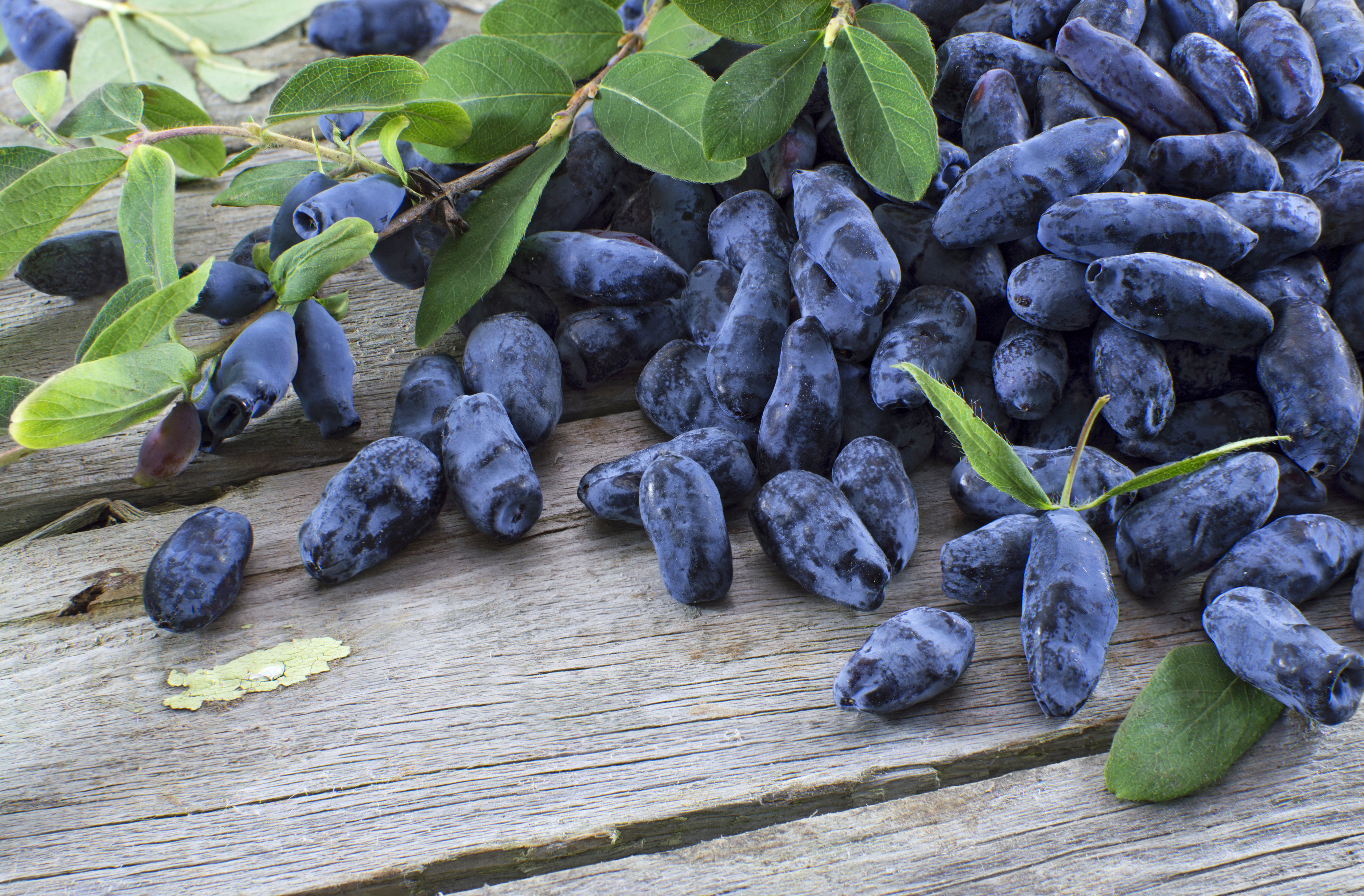 What is a Haskap?

The haskap is a delicious, hardy, and antioxidant-rich berry — with Russian, Japanese and Canadian roots. It has people excited about its health-boosting potential and great taste.

Although many people are unfamiliar with the haskap, the Japanese have grown the berry for over 100 years and refer to it as the “fruit of longevity.” The name haskap is Japanese meaning “berry of long life and good vision.”. Other known names for the berry are honeyberry, edible honeysuckle or blue honeysuckle.

A haskap has a unique taste. Its flavor is best described as tart, sweet, and juicy with a “melt in your mouth” effect. Some describe the taste similar to a cross between a blueberry, raspberry, and blackcurrant.

The haskap is a robust berry that can survive in temperatures below minus 47 degrees Celsius. The plant is a deciduous shrub that can grow up to 2 meters tall in full maturity. In order to grow, two compatible varieties are required for cross-pollination and fruit set. The plant is uniquely suited to the colder climates and grows best in soils with a pH around 7 (neutral). After 3-4 years, the plants begin to produce larger quantities. When the plant is mature, it can produce 7-10 pounds of fruit. Haskaps prefer soils that are rich and moist, but well drained.

The flowers are yellow/white in colour and range from 12–16mm long. Ideal haskap pollinators include bumblebees, hive or honeybees. The flowers are always in pairs and form into one berry. 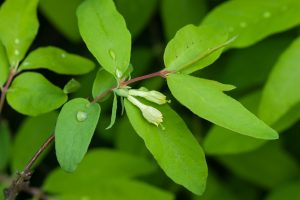 With a colour similar to a blueberry, they have their own distinct look. The fruit is dark blue/purple with a thin, delicate skin. Its shape is rectangular weighing 1.3 to 3.9 grams, and about 1 cm in diameter (depending on the variety).

Studies show that haskap berries contain substantially more antioxidants than any other berry. Some nutritional benefits include high vitamin C and A, high fiber and potassium. It has high levels of antioxidants, anthocyanins, polyphenols, and bioflavonoids. 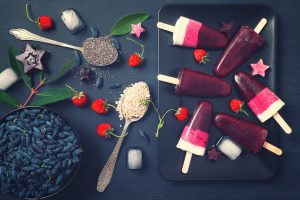 What are they used for?

Like many other berries, haskaps can be eaten fresh, frozen, dried or made into wine, liqueurs, juice, ice cream, yogurt, and jams. Some countries use them for pharmaceutical purposes.

The harvest season for haskap is earlier than strawberries and begins late June to July. They produce one of the earliest crops compared to any other berry. When fully ripe, the inside is a deep purple. The ideal sugar content level to pick the berries is 15 to 17 – measured with a refractometer.

There are many varieties of haskaps, all ranging in slightly different appearance and flavour. After many years of research, Canadian scientists have created new variations of the berry that are sweeter in taste and larger in appearance. Some of the sweeter varieties include the Boreal Beast and Boreal Blizzard.

With so many health benefits and a great taste, the berry is gaining popularity and is known by many as Canada’s newest super fruit.